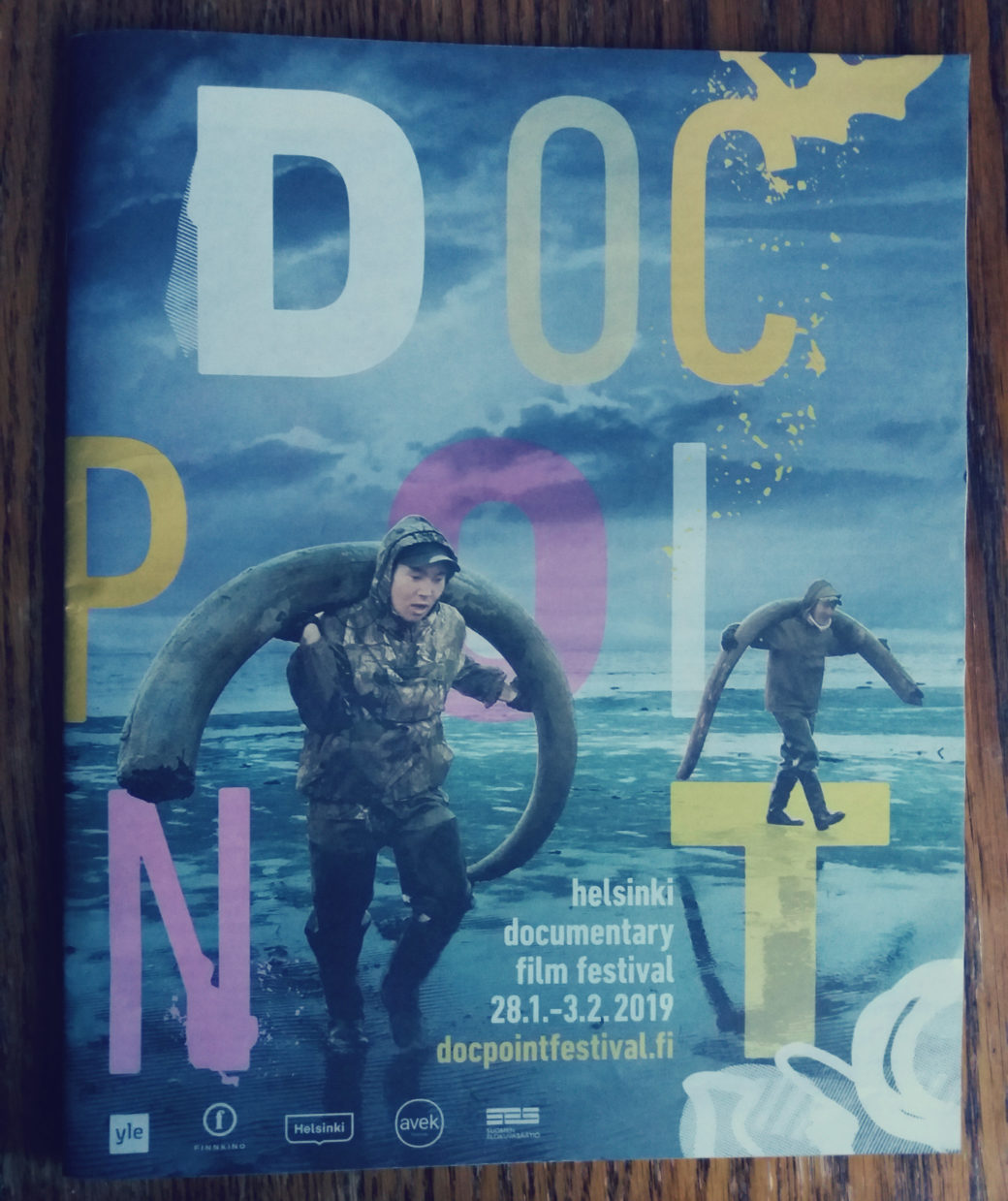 DocPoint2019 magazine ready to be scrolled through. Photo: Tiina Junno

What if you lived in a place with almost unlimited possibilities to make your dreams come true? What if – at the same time – that place contributed in destroying the dreams of a better future for our planet and the future generations? Could you reconcile these two dreams that seem so incompatible? Or would you have to sacrifice something? These were the questions in my mind before I went to see the documentary Dark Eden (2018) at Helsinki Documentary Film Festival – DocPoint 2019. I wondered if the film might give me some answers.

Dark Eden, directed by Jasmin Herold and Michael Beamish, paints a picture of life in Fort McMurray, located at the Athabasca Oil Sands in Alberta, Canada. The Athabasca Oil Sands is the largest industrial project and the third largest oil reserve on the planet. People from all around the world are drawn to oil business to earn high salaries and to pursue a better life for themselves. But oil is also one of the world’s most destructive industries. It damages the environment by polluting the waters and releasing toxins in the air as well as contributing to CO2 emissions that add up to the blanket of greenhouse gases surrounding the planet.

It is difficult to watch people chasing after fortunes at the expense of the environment. I find myself wanting to rewind and watch some of the scenes again and again to understand better. Dark Eden does not explain. The lives of the protagonists just roll in front of the audience’s eyes framed by massive plumes of smoke rising from the oil sands. The scenery looks bleak. The waters, land and wildlife are affected by the oil industry. The livelihood of indigenous peoples in the area is in danger: the wild food is contaminated by pollution. And if the wildlife is affected, then so are the people. We find out that children are being diagnosed with rare conditions and diseases. And it gets more personal for the film makers when the film’s other director is diagnosed with cancer. People in Fort McMurray are worried but they seem hesitant to voice their opinions. After all, the oil industry is a major employer in the area.

There are no statistics, expert interviews, politics, demonstrations or oil company CEO interviews in Dark Eden. There are just people whose lives are intertwined with the Athabasca Oil Sands in good or bad. Greenpeace is mentioned in passing, and we see a glimpse of the celebrity activist Jane Fonda visiting Fort McMurray. Otherwise, no environmentalist action is seen in the film. I think it is more thought-provoking this way. The film does not point a finger at anyone. The audience is forced to deal with their own thoughts and feelings about the subject in the darkness of the cinema.

The reality of Fort McMurray crawls under your skin. The town exists because of the oil industry. If and when the companies leave the oils sands, the town might cease to exist. If there is no work, people will leave to pursue their dreams somewhere else. But the nature will stay damaged, and the people whose health has been affected, will still be ill. In the film, people talk more about what the collapse of oil prices might do to their future than about health and environmental concerns. Reconciling the two dreams is not easy. “You don’t see what you know”. Is this the answer that I am looking for? I feel it is only a survival strategy of sorts. The reality behind the dream future is something you do not want to or cannot see in order to go on.

People think, talk and dream about their life after they leave the oil sands. They dream of buying houses, building houses in the mountains, reunited families, good life, and in one case, trophy hunting in Africa. Nobody talks about leaving the oil industry in order to protect the environment. A human desire for a better, wealthier life outweighs the will to protect nature.

I am not sure if I got the answers I was looking for. The film asks what is the price for a better life. I might say that the price is the sacrifice you have to make. And what is the sacrifice you have to make in order to fulfill your dreams? In my view, there is not only one sacrifice. The environment, the future of the planet, the living conditions of future generations, health and even one’s conscience are all sacrifices here. There is no reconciling the two different dreams. There is only the question: which dream are you willing to sacrifice?