GUARDIANS OF THE EARTH FILM REVIEW: WITNESSING THE LAST ATTEMPT TO SAVE OUR PLANET – TIINA JUNNO
Skip to content 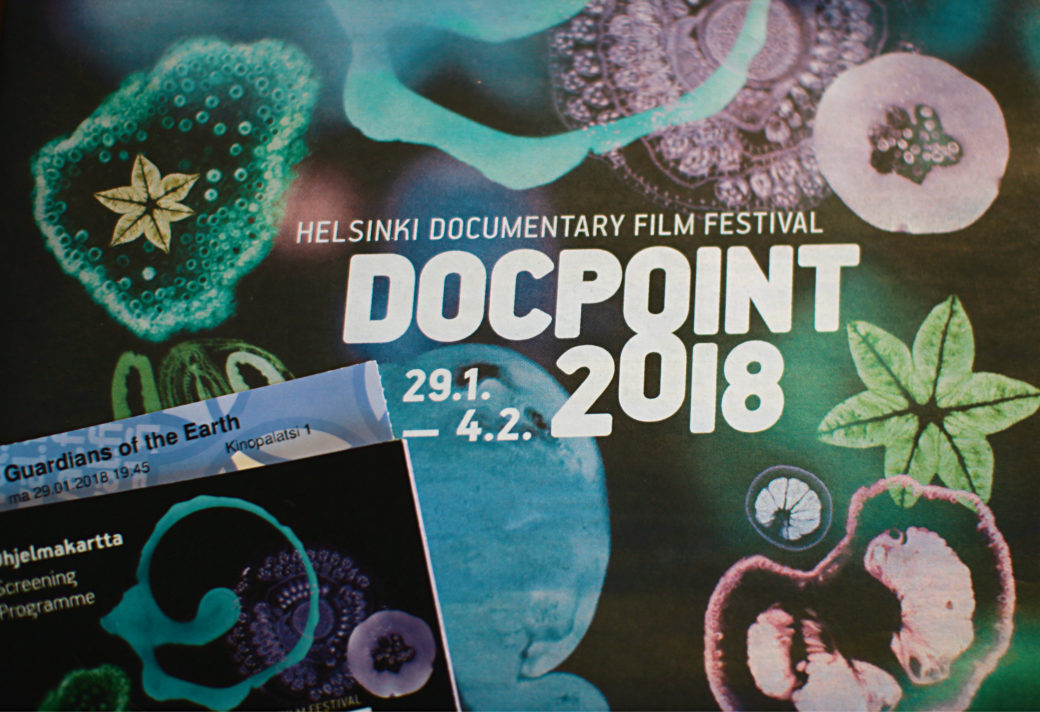 Can countries with different agendas unite in the face of climate change? How do you reach an agreement with the aim of limiting global warming when you have the countries whose economy thrives on fossil fuel industry and the countries that suffer most from the said industry’s consequences at the same table? Reaching a consensus on climate issues among countries with different interests has always seemed like a miracle which I did not expect to happen. Until it did. To get a better look at how it all came about, I went to see the film Guardians of the Earth at Helsinki Documentary Film Festival – DocPoint 2018.

Guardians of the Earth, directed by Filip Antoni Malinowski, tells the behind the scenes story of the 2015 United Nations Climate Change Conference, COP 21, which was the 21st yearly meeting that finally resulted in the Paris Agreement, the first legally binding global climate deal. 195 countries and 20 000 negotiators took part in the climate change negotiations that lasted for a week and a half in Paris, France, in December 2015.

In the film, we get to see the story through the perspectives of several people from both developed and developing nations. Most of the time you feel like a fly on the wall watching things unfold. You get to see and hear the experts, activists, politicians and celebrities arguing their cause. Ultimately the goal has to be, as Laurent Fabius, the president of the summit, points out: there cannot be any country saying ‘no’.

Getting a glimpse of the mechanics of global negotiations was definitely one of the most interesting aspects of the film. If you haven’t been in global negotiations – and I’m pretty sure not many of us have – , you probably have no idea how they work. I had no previous knowledge of them so I didn’t know what to expect. To see the negotiators that represent different countries or groups of countries working towards an agreement, was a revelation of sorts. Still, at times it felt like saving the planet was not at the forefront of the summit. There was a lot of nitpicking over language of the agreement draft which made it look like as if some of the nations were trying to weaken their obligations. On several occasions I wanted to stomp my feet, facepalm or shout at the screen when sitting in the cinema audience.

What countries wanted to achieve, seemed to differ based on their wealth and link to fossil fuel industry. I was surprised that in the talks, the issues circled around economy and national self-interests instead of saving the planet and truly committing to taking action against climate change. You couldn’t be nothing but sympathetic towards the plight of the small island states such as the Seychelles. When your land mass is slowly being devoured by the rising sea level, your concern is not how to keep fossil fuel based economic growth of developed nations intact but how to save your people’s lives. I felt sad that the vulnerability of the nations most affected by global warming appeared to be often overlooked by those whose actions contributed to climate change. At times, solidarity seemed to be trumped by self-interests.

Despite having an aura of seriousness, Guardians of the Earth had its emotional moments. You could see the friendships of people who had worked towards the agreement for years, and you could also see the toll the fight was taking on the participants. Even though climate issues are a big deal for me, I could feel the enormity of the matter in a different manner than before. When the clock ticked forward and only a handful of hours were left to reach an agreement that was going to shape all our futures, the strain was quite visible in the faces we saw on screen. I was only sitting in the audience but at that moment, even for me, any other problem felt trivial in the face of losing our future.

It has been two years since the climate summit and it still feels a bit unreal that the countries actually came together and managed to seal a climate deal. Since then the US withdrawal from the agreement has thrown a shadow over it and it has made me think what it might do to our joint progress in the future if a major polluter of the world is not doing its part for the good of the planet. That being said, Guardians of the Earth left one very thoughtful viewer in its wake – uneasy but hopeful at the same time.